Chat Now Get in Touch

Humberts is one of the UK’s leading Estate agents, specialising in providing trusted residential, rural and commercial property advice since 1842. Well known and respected in the industry, they now operate from 25 nationwide offices, and have access to an extensive global network. They employ over 250 experienced professionals who successfully help thousands of clients through the processes of buying, managing and selling property. Humberts pride themselves on their innovation, and constantly search for new ways of enhancing the service they can provide to their clients.

Looking to move your business to the cloud?

Looking to make the move to the cloud, or considering switching your cloud provider? Speak to one of Prodec's hosted experts and see how we can help you make the move.

As Humberts grew as a business, the addition of new offices resulted in their IT infrastructure becoming more complex. Humberts’ network was primarily built upon the services available at each of these locations, which often meant DSL-based connectivity. In order to provide the bandwidth required, these home-type connections were replicated three or four times in each location. Layered on top of this fragile network were the business-critical applications and telephony services that were required by the Humberts organisation.

This infrastructure, both physical and virtual, was managed by separate third-party organisations. This siloed approach resulted in reliability and performance issues across all sites, causing business disruption and a lack of confidence in the services provided by Humberts’ centralised IT. This also resulted in an extraordinarily high number of support tickets being issued from Humberts’ users.

The multi-system network also limited Humberts’ ongoing business capabilities by making it difficult to integrate existing or new business-critical applications with their communications infrastructure. This meant the cost of managing their growing infrastructure became much higher than it needed to be.  Any change in a specific area of the business therefore required careful planning, as well as the agreement of all interested parties before any changes could be made. This added further complexity and additional costs over and above what could be normally expected. It therefore became a priority for Humberts to simplify their IT across all areas of their business. Despite the potential risks of moving away from suppliers deeply ingrained in Humberts’ infrastructure, the decision was taken to integrate their IT systems.

Prodec Networks identified that in order to simplify Humberts’ IT, stable, secure and scalable IP networks were required. Prodec installed a number of business-class circuits into each of Humberts’ offices, connecting them directly into Prodec’s resilient data centre infrastructure. Humberts’ critical business applications, website and data were then migrated to a single hosted environment and new specialist application servers were implemented as required.

Telephony services were delivered across this new network via Prodec’s own hosted Mitel telephony solution that offered greater functionality, application integration and, most importantly, ease of use for Humberts staff.

Mindful that each individual office had an internal infrastructure, Prodec replaced each small business switch with new Cisco enterprise-class switches to complete the connection from each end user device to the hosted application, voice and data platform.

To prevent disruption to the business, all work was carried out in isolation and in parallel to Humberts’ existing network and server architecture. This approach allowed a migration of all 22 locations to be achieved over the course of a single weekend. In addition to the new network and hosted environments, Humberts took the opportunity to virtualise their desktop environment by delivering critical applications via Citrix XenApp. When staff returned to work on Monday morning, they could proceed as normal on the new platform with minimal downtime or disruption.

With the change from a home office based regional solution built up over a number of years, to a single enterprise-wide MPLS network built on business class connectivity, Humberts reduced support calls for network faults by 95%.

The move to this centralised and consolidated voice and data platform enabled Humberts to focus on their business requirements instead of the management of their network. This resulted in improved operational effectiveness, and an enhanced ability to service their customers. The new hosted environment also resulted in overall reduced costs to the business. Fiscal costs have been reduced and simplified into a manageable OpEx model, whilst money has also been saved as a result of improved employee productivity due to the stability and flexibility of the network.

Following the successful implementation of the new converged platform, Prodec Networks now provides Humberts with an ongoing comprehensive support service that acts as an extension of Humberts’ IT department.

Intrinsically aware of the Humberts environment, Prodec has greatly increased the effectiveness of support coverage by offering a “one call fix” service that was not possible previously. This approach has meant that the amount of support requests originating from Humberts has reduced by over 50%, and the number of P1 and P2 critical issues reported has dropped to almost zero.

"After over ten years of working with the same technology providers it was perceived as a difficult and risky decision to move to a new supplier. All of our system processes and day to day operations were entrenched within these relationships. However, it had become apparent that this was having a negative impact on our current business and was stifling our business growth. Once the difficult decision had been made to move suppliers, and Prodec Networks was appointed as the sole technology partner, we were immediately impressed by their technical knowledge, attention to detail and understanding of our business needs. This extended to the project management and implementation of the new solution, and we are now enjoying the benefits available to us as a result of the successful delivery of the new platform."

The technology behind Humberts success 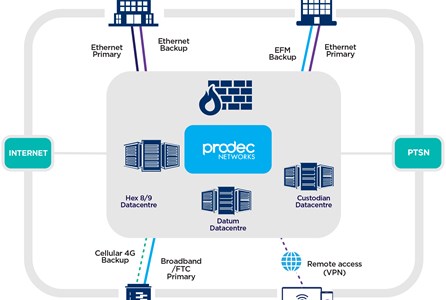 Prodec Networks' connectivity solutions provide your workforce with fast, reliable, secure access to your business network, data and applications, from any location. 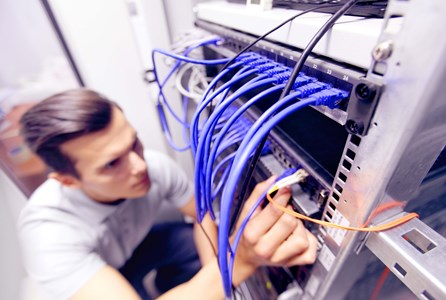 Prodec’s hosted services are delivered from three UK-based datacentres that form the basis of Prodec’s dedicated VPLS network. Connecting to Prodec’s datacentre infrastructure provide Prodec’s customers with access to a range of hosted services and solutions, increasing the resilience, availability and mobile working capabilities of an organisation.

Choosing the right cloud provider for your business

Looking to make the move to the cloud, or considering switching your cloud provider?  Read this free eGuide from Prodec Networks and take the next step on your cloud journey.