Looking back on 2020, who could have foretold how the year would turn out? However, if the last few months have taught us anything, it is that change happens, sometimes abruptly, so it is vital to be able to adapt, if you want to thrive. Certainly, the business world is a very different place today than it was a year ago, but what will 2021 bring? We hope a much brighter year, and here look at five up-and-coming tech trends that seem set to help business adjust and bounce back.

Of course, artificial intelligence (AI) itself is nothing new, thought to go back to at least 1955, when the first AI program was developed. However, in recent years it has shot forward in leaps and bounds, and looks likely to revolutionise business even further in 2021. In fact, AI underpins many technological advances, enabling the digital transformation of enterprises across the globe, and in a recent survey of IT leaders, by the Institute of Electrical and Electronics Engineers (IEEE), nearly one-third (32%) of respondents said they believed AI and machine learning (ML), whereby computer applications are able to learn from experience, would be the most important technologies of 2021.

Certainly, AI is already having a significant impact on a key technology that many businesses have been depending on during the coronavirus crisis to keep people connected while working remotely – unified communication and collaboration platforms, such as Microsoft Teams. It now enables innovative capabilities such as speech-to-text transcription, allowing automated minute-taking, and computer vision, which can follow people’s movements during video calls, if they get up and move around. AI has also been invaluable for organisations determined to deliver excellent customer service, with remote working teams, providing chatbots. This ground-breaking technology, also known as conversational AI, uses what is called natural language processing (NLP) and ML to help answer customer queries with a near-human level of communication.

AI could also be set to have a whole new range of uses in 2021, to aid a possible return to the office for workers. If businesses move to a more hybrid office/remote way of working, as the pandemic subsides, this will inevitably mean that workers will need to return to Covid-safe offices, and AI could play a major part in enabling this. For example, AI-powered computer vision tools can monitor the workplace to help ensure that people are wearing face masks and maintaining social distancing.

You have undoubtedly heard a lot in the news about 5G, much involving conspiracy theories, but let’s stick to the scientific facts here. This is the fifth generation, or 5G, of mobile Internet connections, and will provide much faster data download speeds than we’ve been used to – possibly 10 to 100 times faster, eventually. It will also allow far more devices to access the mobile Internet at any one time, by greater use of the radio spectrum. Although this is the successor to 4G networks, providing connectivity for mobile phones, it is forecast that 5G networks will also be used as general Internet service providers for laptops and PCs, as well as enabling a whole new generation of technology that we can hardly even imagine in 2020.

In fact, the excitement surrounding 5G is largely due to the speculation surrounding just what it will enable us to achieve. For example, the superior connectivity provided by 5G will allow technologies such as augmented reality (AR) and virtual reality (VR) to perform far better and develop to a whole new level. This could have many uses in a post-pandemic world, where people are still required to physically socially distance for safety and travel less. Who knows, it may even revolutionise the way teams collaborate when working from home, by enabling more realistic, immersive virtual meeting experiences.

So, 2021 seems set to be the beginning of a new phase of technological innovation, harnessing the power of 5G. Indeed, this up-and-coming technology looks likely to be a real game-changer for business, and is certainly eagerly anticipated. In fact, 20% of respondents in the IEEE survey believed that 5G would be the most important technology of 2021. With 5G providing significantly faster data transfer speeds, which can improve the performance of various technologies, the future also looks bright for the Internet of things (IoT). This term describes the network of physical objects (‘things’) that contain embedded sensors, software and other technology which connect and exchange data with other devices via the Internet, and 14% of IEEE survey respondents picked IoT to be at the top of their list of important technologies for 2021.

First coined as a term in 1999, by British technology pioneer Kevin Ashton, IoT is not a recent development, but, like AI, is experiencing great growth. From the wearable activity tracker device on your wrist, to your voice-activated virtual assistant, IoT devices are now everywhere and the number is growing fast. In fact, it is forecast that by 2021 there will be 35 billion IoT devices installed worldwide and as many as 75.44 billion by 2025.

In the business world, IoT devices are transforming companies, as they can be used to monitor vital processes, by gathering, recording and transferring data, thus enabling companies to make more informed decisions and boost their productivity and efficiency. In fact, when you combine such devices with automated systems and artificial intelligence, it becomes possible to easily collect, analyse and use a whole range of data, to improve business performance in many ways.

In addition, in 2021, IoT-powered wearables may also be used to play a part in protecting workers who return to the office. Such devices can alert users when they get too close to others, and allow organisations to analyse the data they collect to understand which locations and situations can jeopardise social distancing. 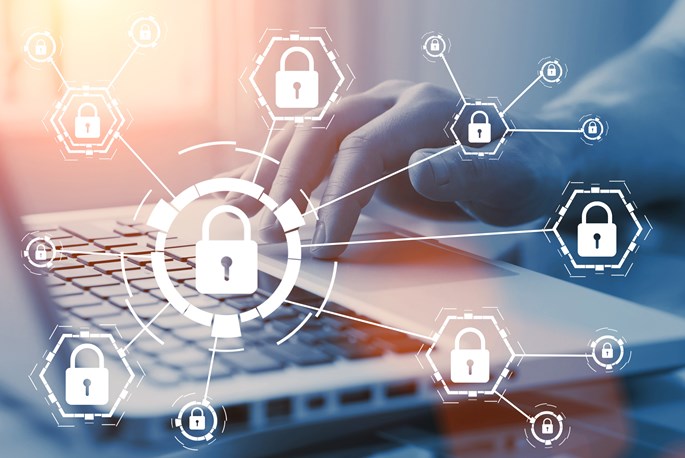 With the coronavirus crisis affecting all that we do this year, its impact looks set to shape how business operates well into the future, not least of all regarding cyber security. The widespread switch to increased remote working looks likely to stay, to some extent, beyond the end of the pandemic, and this calls for super-strong security solutions that ensure homeworkers are cyber safe.

With opportunistic cyber criminals exploiting the situation, and cybercrime projected to cost the world $10.5 trillion annually by 2025, businesses need to fight back with all the tech in their toolkits, and one new recruit in this war is secure access service edge, or SASE. Commonly referred to as ‘Sassy’, this is a recent cyber security concept first mentioned by Gartner, in 2019, in its report ‘The Future of Network Security is in the Cloud’. SASE is a security framework, consisting of a combination of cloud-based networking and security functions, that enables users to gain secure access to applications and data from anywhere, based on the identity and context of a user or device, not a location. This is therefore ideal for use in the new remote working world, where employees can be widely dispersed and it's no longer so sound to have a security strategy based solely on a known place. Experts therefore expect uptake of SASE to soar in 2021.

No, the edge, in this context, is not about a legendary member of Rock band U2. However, edge computing is becoming pretty renowned in its own right. In fact, this innovation is being hailed as a key technology for 2021 and beyond, and is all about bringing computation and data storage closer to the location where it is needed. By processing data nearer to the source, instead of sending it to the cloud or data centres, edge computing can help speed up response times for devices and save data bandwidth. In essence, edge computing enables data to be processed, transferred and analysed at the ‘edge’ of the network, and can reduce data centre costs by facilitating more efficient use of cloud computing systems.

This technology is particularly useful for IoT devices, as it enables large amounts of data to be analysed in near real time and so aids appliance performance. With the number of such devices increasing so rapidly, edge computing is likely to become invaluable, and is being seen as the next big thing. Indeed, GlobalData’s ‘Market opportunity forecasts for edge computing’, predicts that sales of edge computing infrastructure and services will grow rapidly from 2021 to 2024, and Forrester, in its new ‘Predictions 2021’ report, claims that ‘edge is the new cloud’. So, similar to 5G, this is another burgeoning technology which looks set to facilitate the success of other innovations, and help business come back fighting, after what has been a hugely challenging year for all.

Prodec Networks provides a wide range of integrated technology solutions and services which could help your business remain resilient and reach new heights in 2021. To discover more, contact one of our experts today.

What is digital transformation and why should you care?

Digital transformation (also known as DX) is one of those popular, perennial buzz phrases that is frequently bandied about but all too often evades a basic definition. We, therefore, thought it might be useful to take a fresh new look at what it really means, why it matters, and how, if anything, it has accelerated in importance during the coronavirus crisis.

There has never been a more important time to ensure you continue to meet, or even exceed, your customers’ expectations, to keep them on board and your business thriving. However...