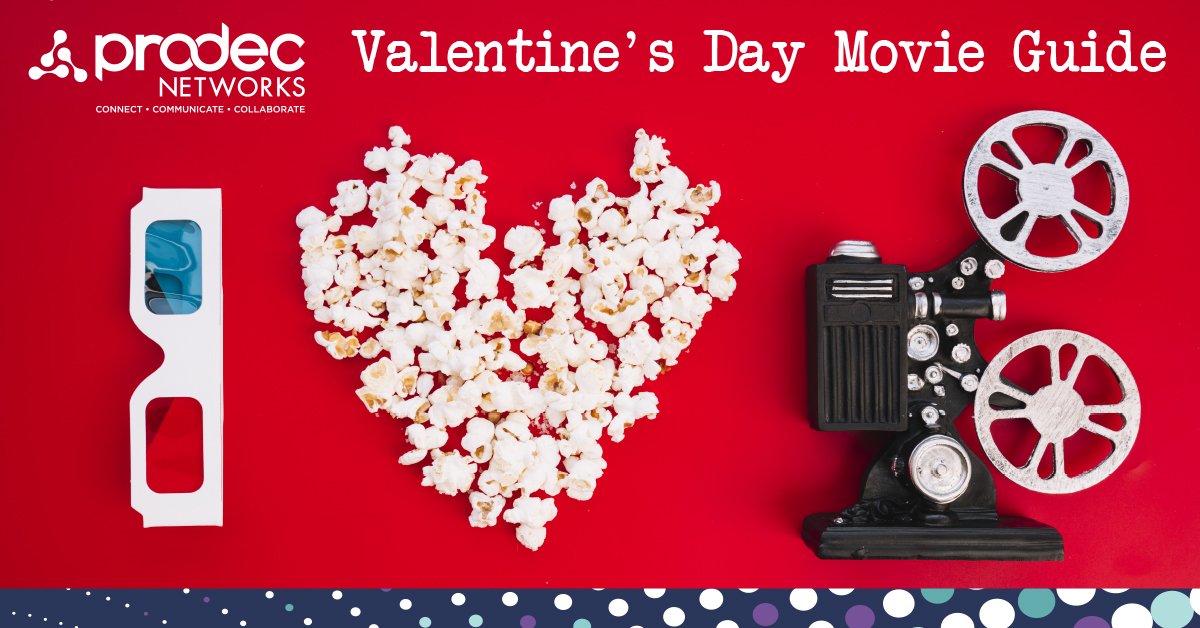 With dark, drizzly days and constantly cold weather, February is hardly the jolliest of months at the best of times, but add social distancing and lockdown and it’s fair to say we all need some cheering up this year. So, to celebrate Valentine’s Day, and help lift spirits, we asked some of our lovely people at Prodec to tell us their favourite romantic films. We hope you like our choices, and have a very happy Valentine’s Day – now kick off your shoes, open a box of chocolates and settle in for some suitably slushy viewing. 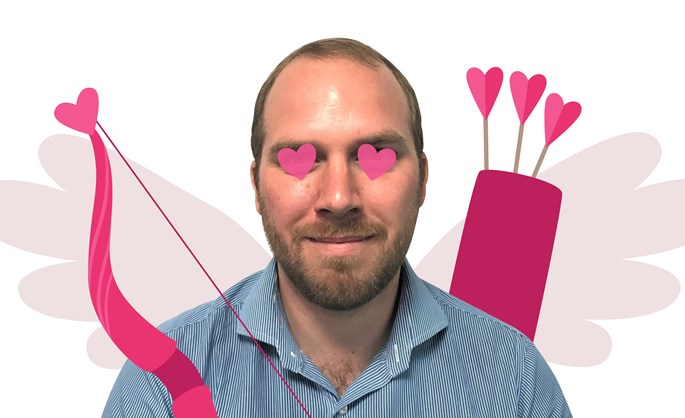 A contemporary, comic tale of the trials and tribulations of relationships, Crazy, Stupid, Love has Lee’s vote for a winning Valentine’s Day movie. With an all-star cast, including Steve Carell, Julianne Moore, Ryan Gosling and Emma Stone, Crazy, Stupid, Love tells the cautionary story of Cal Weaver, a conventional, middle-aged guy with a decent job, good house, great children and marriage to Emily, his high school sweetheart, whose seemingly picture-perfect world implodes when his wife demands a divorce. His subsequent misadventures, as he stumbles through the modern dating jungle, for which he is totally unprepared, make for often hilarious viewing. With several romantic side stories, commendably conveyed by the stellar cast, there is never a dull moment in this quirky comic tale. Lee certainly agrees, as he says: ‘It has such a great cast, is brilliantly acted, super funny in places and really enjoyable throughout!’

Starring Amy Adams and Matthew Goode, Leap Year is Lindsay’s romantic film of choice. A particularly appropriate February film option, it tells the tale of real-estate stager Anna Brady, from Boston, who decides to follow her cardiologist boyfriend to Dublin, where he’s attending a conference, so she can propose to him on Leap Day, 29 February, according to local tradition. However, her plan goes awry, and she finds herself stranded in the small village of Dingle, where she recruits grumpy inn keeper Declan O’Callaghan to get her to the city on time. What begins as thinly veiled animosity between the two, eventually ends in romance, by way of a comical trek through the countryside of Ireland. Lindsay says: ‘It may be ever-so cheesy and full of slightly suspect Irish accents, but Leap Year is my guilty pleasure for Valentine’s Day viewing. With a combination of beautiful Irish scenery, great comic writing and a touching happy ending, it makes for the perfect feel-good film to while away a dark February night.’

This classic, coming-of-age tale has now achieved something of a cult status, and is Hannah’s number one choice for Valentine’s Day viewing. With such catch phrases as ‘Nobody puts baby in the corner’ entering the modern lexicon since its release in 1987, it is doubtful that anyone has not heard of this popular, passionate picture. However, in case you have been living in a hole, and somehow managed to miss, or avoid, this genre-defining movie, it tells the story of Frances ‘Baby’ Houseman who spends the summer at a Catskills holiday resort with her family, and falls for dance instructor Johnny Castle. Starring Patrick Swayze and Jennifer Grey, it is disarmingly romantic, and the mixture of stirring soundtrack and dazzling dance moves is guaranteed to defrost even the most hardened heart on a cold February evening. 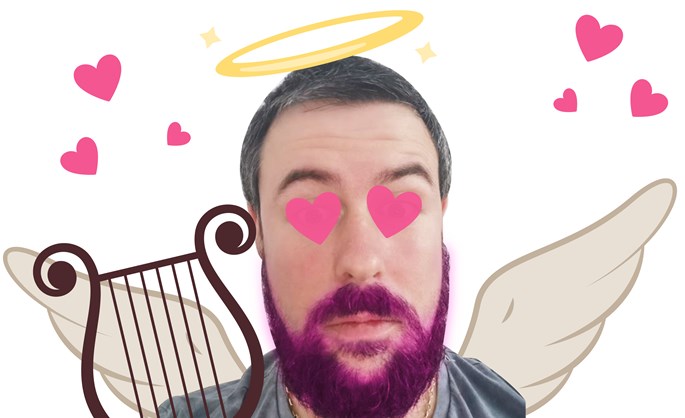 The Curious Case of Benjamin Button (2008)

Loosely based on the 1922 short story of the same name by F. Scott Fitzgerald, The Curious Case of Benjamin Button, starring Brad Pitt and Cate Blanchett is Craig’s Valentine’s Day movie of choice. This highly imaginative, romantic fantasy focuses on the extraordinary life of the eponymous Benjamin, who suffers from a rare disorder that makes him age in reverse, and the love of his life, Daisy Fuller. As a child, Daisy meets Benjamin and they keep in touch as she gets older and he turns younger. Craig says: ‘This is an interesting concept. At some point I’m sure you’ve heard someone say, “Youth is wasted on the young!”, well The Curious Case of Benjamin Button plays out this notion and the idea of being in your peak mentally and physically with a lifetime's worth of knowledge.’ This is far from a standard romantic fare, with the ingenious, epic storyline following all the many twists and turns in Benjamin’s life, as well as his enduring love for Daisy. With a running time of two hours and 46 minutes, be sure to have a big bucket of popcorn by your side, as this makes for marathon viewing.

Perhaps stretching the theme somewhat, Mark’s unusual film choice, My Bloody Valentine, is predominantly a slasher flick, so you may have to search hard to spot any romance that’s there, but let’s make an exception to include it here by virtue of its seasonal relevance. This black sheep in the selection is set in the sleepy Canadian mining town of Valentine Bluffs, and the plot focuses on a group of young people, three of whom are involved in a tense love triangle, who are excited about the first Valentine’s Day dance to be held for 20 years. However, as the big event approaches a killer begins to murder members of the community in various grisly ways, and it only gets more gory from thereon in. Not for the faint-hearted, this movie may leave you feeling like romance is dead, so you might want to follow it with a fix of one of our more feel-good suggestions.

So, the perfect antidote to the above gore-fest could just be this more conventional romantic option. One Fine Day, an unreservedly uplifting romcom, starring George Clooney and Michelle Pfeiffer, is Richard’s Valentine’s Day film favourite. It tells of two single parents whose worlds unexpectedly collide on one impossibly hectic day. Set in New York City, it is the story of Melanie Parker, architect and mother of Sammy, and Jack Taylor, reporter and father of Maggie, whose lives intertwine when they have to babysit each other’s kids as a result of them missing a school field trip. Consequently, the ensuing mayhem, as they juggle work commitments and childcare, leads to a great deal of bickering from the adults but ultimately brings a heart-warming happy ending. Richard says: ‘This has a typical romcom feel and is really easy watching.’ 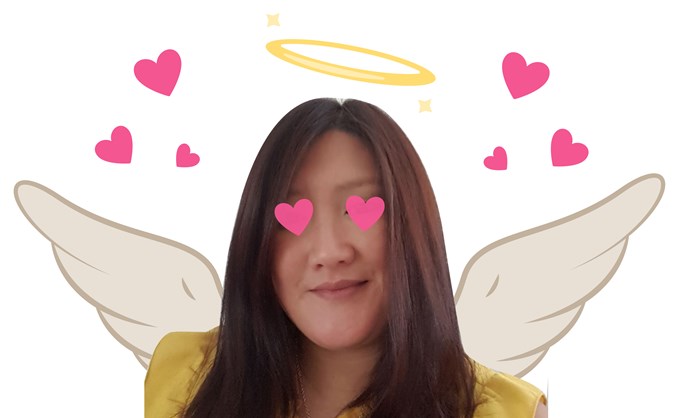 Natalie’s top pick for Valentine’s Day viewing is the moving romantic drama The Notebook. Starring Ryan Gosling and Rachel McAdams, the movie begins with an elderly man reading a love story from his notebook to a female patient in a nursing home. It tells the tale of Allie Hamilton and Noah Calhoun, who meet and fall in love at a Carnival, in 1940. However, the course of true love does not run smoothly, and Allie’s parents, who disapprove of Noah’s lower social standing, soon move their daughter away. Nevertheless, Noah does not give up, writing to Allie daily for a year, but with many more obstacles thrown in the way of their relationship, including World War II, will their love eventually win through? This touching tale is guaranteed to pull at your heartstrings, and all but the most hardened of cynics may need a bumper box of tissues to hand. Natalie says: ‘The reason I picked this film is because it does not matter whether you love romantic movies or hate them, this is NOT just a romantic film, by the end of the movie you will feel a whole heap of emotions.’

We hope you enjoyed our Valentine’s Day movie suggestions, but if we haven’t featured your favourite film, why not let us know your choice – we’d love to hear from you, just join the conversation on Linkedin or Facebook.