Prodec participates in HPE's football tournament for Football Beyond Boarders 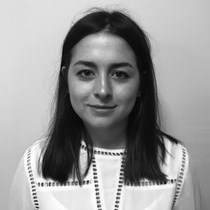 20 teams took part, helping to raise over £3,500 for the charity. Football Beyond Borders is a great cause that “uses the power of football as an educational tool to inspire young people to achieve their goals and make their voices heard.”

Prodec FC consisted of seven members of staff. They played five games, winning two, until eventually losing in the quarter final. Steve Hinsley, the team goalie, said: “We had an incredible day at the HPE Partner First Charity Football Cup. The heat was ferocious, but every team pushed through it, and to participate in an event which raised so much for an amazing cause only made it better. The refs and staff at Goals Wembley were amazing and HPE were great organisers; the support from all their staff was top notch. The whole event really highlighted to us just how much HPE values their partners.”

Thank you to HPE for hosting such a great event, we hope to join you again next year!