What are the advantages of video conferencing? 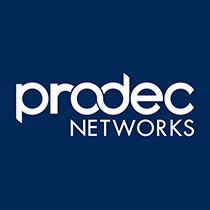 It’s finally time to get excited about video conferencing again.

When it comes to video conferencing (VC), it’s safe to say many businesses have become hesitant to approach the subject. Unfortunately, video conferencing has a rollercoaster history. Legacy systems were cost-prohibitive, and failed to deliver the levels of quality and usability needed by users. The hardware was clunky and difficult to use, and for many businesses, their VC tech ended up in the back of the stationary cupboard gathering dust. Thankfully, technology evolves quickly, and this engaging form of collaboration has risen like a phoenix from the flames to make amends with those it has previously burnt.

The adoption of video conferencing in the workplace is rapidly accelerating, and for good reason. VC has evolved quickly over the last few years and is almost unrecognisable from the clunky, complex, resource-draining and hugely expensive systems of old.

As StarLeaf has quickly grown to become an industry-leading service provider and manufacturer of cloud-based unified communications and video conferencing services, it has also become Prodec's manufacturer of choice for Video Conferencing, meeting room and mobility projects.

It’s extremely likely that early adopters of video conferencing would have often found the whole experience incredibly frustrating. These bandwidth-hungry beasts relied on an internet infrastructure that was quite simply inadequate and unable to handle them, resulting in a poor user experience. Trying to collaborate through video chat with only 1MB of data transfer inevitably resulted in delays, screen freezes and a lot of people tearing their hair out. Thankfully, the internet has matured in terms of quality, speed, reliability and affordability, which enables the modern VC user to enjoy a seamless, uninterrupted HD video communication experience.

2. The technology is easier to use

Communication needs to be simple and clear if it’s to be effective. There’s nothing more irritating than long-winded, complicated processes before you can even start your conversation. Historically, the user interface (UI) was difficult to use, resulting in delays and even cancelled meetings.

Most modern video conferencing providers have invested significant resource into developing the ideal UI, and now deliver the user-friendly features and functionality that is required for simple and effective collaboration.

The demand for video conferencing in businesses has risen sharply in line with the increased number of millennials entering the workplace. Having grown up with smartphones, tablets and social media, millennials have a special affinity for technologies such as Skype and FaceTime that lets them communicate face-to-face with friends and family. As usage of these applications increased, this popularised and effective communications method has travelled horizontally into the working environment.

As video becomes the method of choice for communicating, this has triggered a growing demand for business-suitable VC services that are just as easy to use as their consumer counterparts.

For a long time, the majority of video conferencing systems were generally incompatible with each other, so collaborating with anyone using a different system to yours was overly complicated and limiting.

Modern systems such as StarLeaf have resolved the problems of interoperability by enabling their products to work with technology from different suppliers, both young and old. Users are no longer tied down to a meeting room either. Now, callers can dial in from a laptop or mobile device, and attend a meeting virtually from the click of a single button.

Video conferencing has a reputation for being expensive, which caused barriers in the past when trying to convince the finance director of its value. This, however, is now a much easier conversation to have. The advent of cloud services means the cost and availability of high-quality visual conferencing has reduced significantly, and with the right supporting infrastructure now in place, people and businesses all over the world can collaborate face-to-face without breaking the bank.

Love it or hate it, there’s no point shying away from it. Video conferencing is swiftly growing in popularity and is rapidly becoming the preferred form of collaboration for many of the world’s leading organisations. Embrace it!

With StarLeaf, video conferencing is always a breeze

Say goodbye to difficult old-school VC solutions. Learn more about StarLeaf and discover how you can transform your business communications with simple, but powerful, video conferencing.